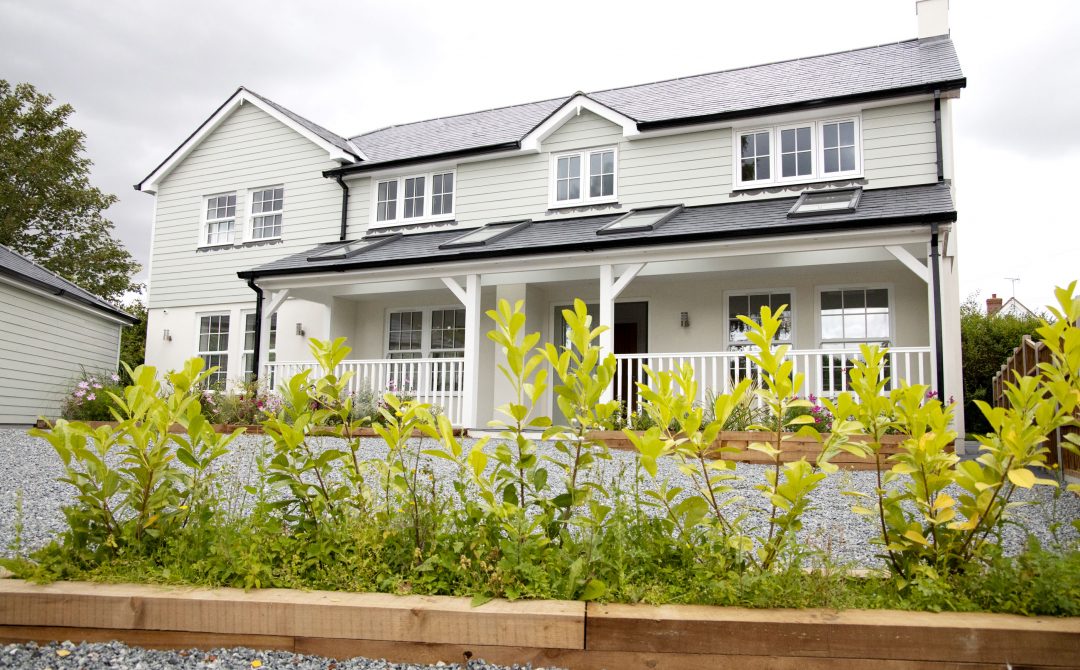 At Galleywood we worked on renovating, extending and assisting with the construction of a new-build to produce two magnificent 4-bedroom plots, both of which offer private luxury living - comprising of oak internal doors and stairs amoungst much, much more.

Jon Hurrel from Hylands Homes had been in touch with us a few times about pricing or quoting for the carpentry on a few jobs for him which we had obliged to do, but then decided to carry out the work himself. This time was different – the project was much larger than anything he had undertaken before so he needed more hands and Chop & Chisel came with a good recommendation.

Occupying a private position within the historic village of Galleywood, these two magnificent 4-bedroom plots, ‘Littlemead’ and ‘The Ridings’ were sure to offer private leafy, village living within easy reach of the City and Chop & Chisel were excited to start work.

After originally just quoting for the framing work including the floor joists, flooring, roofs, and stud work, once finished and Chop & Chisel’s capabilities had been seen, we were asked if we would consider doing the remaining carpentry work. Of course, our answer was yes.

So next up was the first fixing – at Chop & Chisel we always come with our own ideas and after expressing a few of these to Jon, we went ahead with built-in recesses and stairs built from plywood so that we could clad them with oak at a later date.

Then onto the second fix – Jon asked us what skirting boards & architraves we would recommend, and our thoughts for a project like this it needed to be old colonial style, and it looked great. We also put together the Hardie Plank cladding, fascia’s, soffit’s, guttering, veranda, kitchens and much more.

Due to the flexibility of the projects we could work together with Jon to create what is there today – we believe the houses speak for themselves in both quality craft & style.

We built up a great working relationship and friendship with Jon and his team in the year that we worked together on this project, and Jon has even come to do some work on one of our jobs.

back to all posts